‘One of the penalties of an ecological education’ wrote Aldo Leopold, ‘is that one lives alone in a world of wounds’. And, to a great extent, these words still hold true, 73 years later. Many people may look at the Scottish landscape and see the beauty and wonder of our heather-clad hills and rejoice in the ‘wildness’ of it all. But as a naturalist, you always have that ecological education poking you in the back, saying ‘ yes, it’s pretty, but it’s chronically over-grazed and should be covered in trees and upland scrub and it’s only as quarter as biodiverse as it should be’. It’s often not so much even seeing the scars on the landscape as feeling the absence of what should be there – the upland forests, the coastal heaths, the top predators – all things that have largely gone from our landscape as population and development has increased. 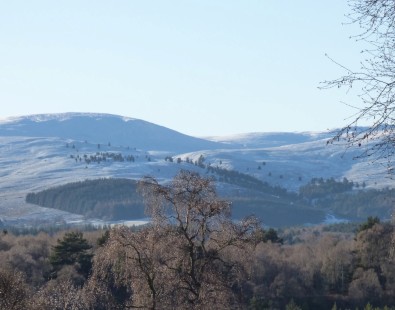 I often wonder what the likes of Leopold would have made of the world today. A human population approaching 8 billion, and a biodiversity crisis that may be start of the sixth great extinction. Even in my lifetime, I’ve seen changes and losses in wildlife and I know I’m not the only one. How many places where you grew up remain unspoiled? Even our nature reserves seem to be drowning under a tide of human-related activity or waste and, sadly, so often that means the wildlife suffers. It’s a hard and unpalatable truth that, usually, as the numbers of people rise, biodiversity declines. We see it daily on our NNRs, in damage and littering and disturbance and frequently we despair – our world is wounded. 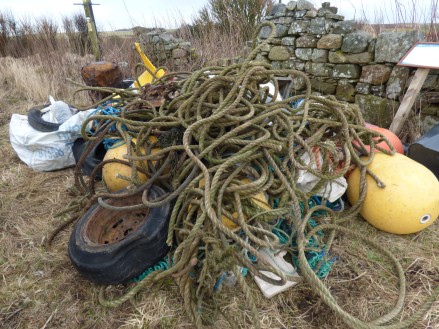 But are we living alone in that wounded world now? Perhaps less so, perhaps less than ever. There is probably more awareness of ecological issues than there’s ever been – I remember a primary school child saying earnestly to their pal ‘ you need to switch off lights or polar bears die’ – which is not a bad grasp of climate change for a 7-year old. Most of us bring our own shopping bags to the supermarkets and there is a general perception ‘plastic is bad’ – one dead baby whale on a BBC series has far more impact than 40 years of environmentalists saying it. We’re still a long way off breaking our love affair with oil, and, like it or not, will need hydrocarbons for a few decades to come while the green transition takes place – but it’s coming and we will adjust. People are becoming more and more aware all the time how precarious our existence on this planet is and, gradually, changes are a-coming. 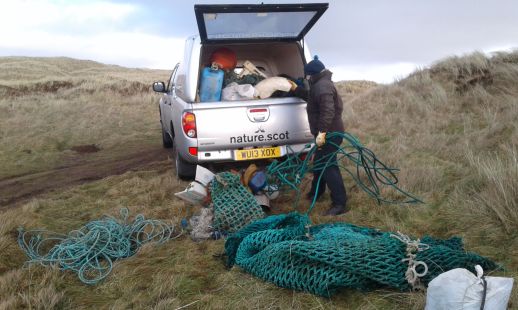 Unfortunately, this wider ecological knowledge doesn’t always translate into behaving on NNRs or the wider countryside -yet. Perhaps because climate change seems abstract, and it only kills people in other counties? It’s a news item, a cause for shock and pity but no real impact upon us. Whereas, for example, having to avoid an area, to not carry out your hobby at certain times or places, not get close enough to an animal to get ‘that’ picture on your phone, to keep your dog on a lead, to not have that campfire, has a direct personal impact upon people and is, so often, a sacrifice the are unwilling to make. Oh, it’s small-scale compared with climate change, but all contributes to the creeping, insidious tide of biodiversity loss. 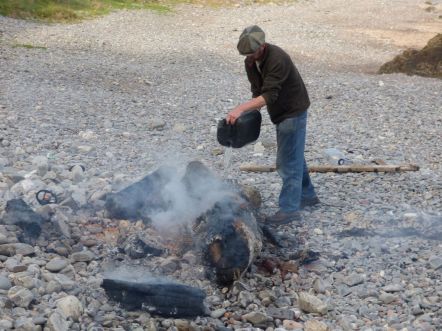 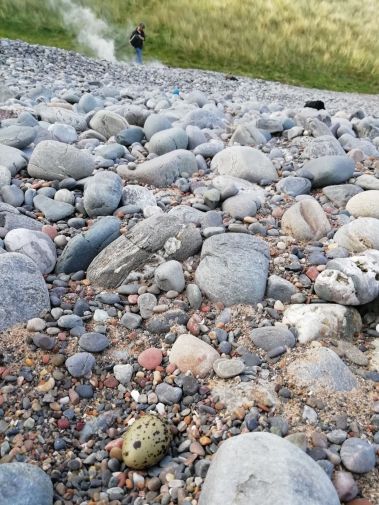 oystercatcher nest with fire in background

And, if we are not living alone in that wounded world, it means more and more people are hurting out there. While there is a saying ‘misery loves company’ I wouldn’t wish how I often on almost anyone. When you invest much of your time, life, love into the natural world, it’s upsetting when you see it damaged  through arrogance, ignorance and selfishness. Angry, yes, (conservationists are often angry, and often with just cause) but that feeling of helplessness and inability to protect something you love can lead to despair. More and more people are feeling that anger – climate protests are becoming more frequent – but you hear more and more people saying ‘ what can we do?’. We can’t afford electric cars. We can’t change the fact that oil cartels are more powerful than many governments. We can’t stop greed, or corruption or ignorance so what can we do? If people despair, where do they turn for healing? 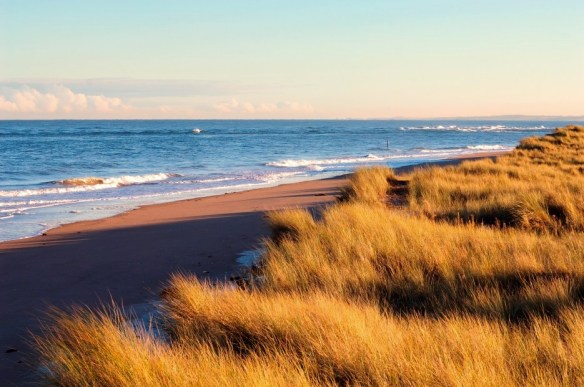 The answer is often to our beautiful, wonderful, wounded natural world. It’s been proven time and time again that spending time in a natural environment is good for mental health. You see it, with groups and people on the reserves – they often arrived stressed, harried, grumpy …but by the time they walk back to the car are happy, relaxed and laughing. You feel it in yourself, going into the woods, surrounded by natural noises and sights and smells – you can feel parts of yourself opening up that you have to keep closed to function in ‘normal’ society. Often the natural world brings peace, a place away from other people and the distractions of modern life. It’s so nice not to have things that beep, ping, ring or, in in extreme cases, talk at you. Sometimes, you even need to get caught in a rainstorm, or a blizzard and have the weather kick the crap out of you, just remind yourself what’s real in our hectic, over-stimulated and (recently at least) overly stressed world. Yes, you get cold and wet, but you feel oh so good afterwards (especially clutching a nice Orcadian malt to help the warming process….). 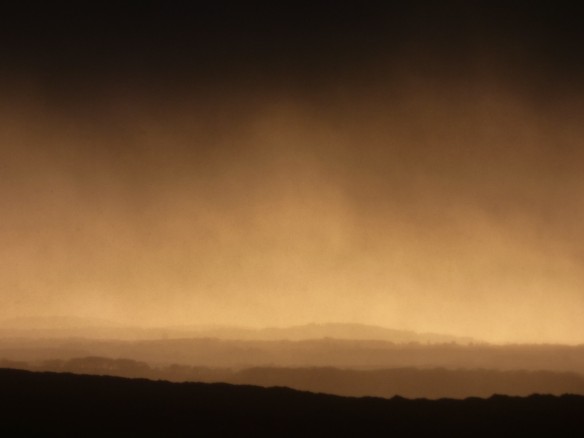 We need the natural world. It’s a given, that we need a healthy planet to live on – we all need clean air, water and food to thrive – but we also need it for the good of our minds. Call it mental heath, call it psyche, call it soul, call it what you will, but nature is good for it. Now, I’m the first to admit, people frequently do my head in. I’m a self-confessed socially-awkward misanthrope and maybe I should just be better at dealing with things I don’t like or agree with. But I am lucky that I can always turn to the natural world for a ‘lift’ – the way the sun plays on the estuary at sunrise. Or a starry sky. Or watching gulls wheel on the wind. Or even just appreciating the stately form of winter trees against a sunset sky. 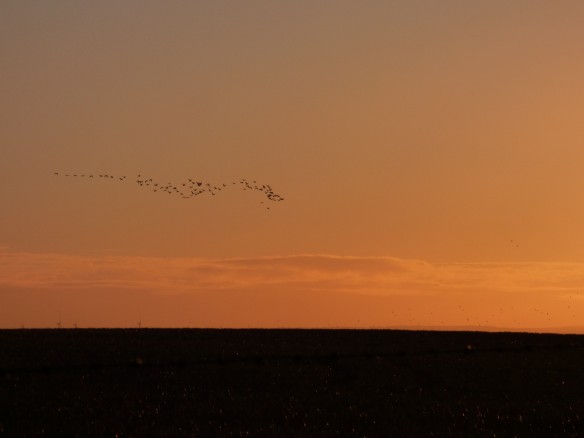 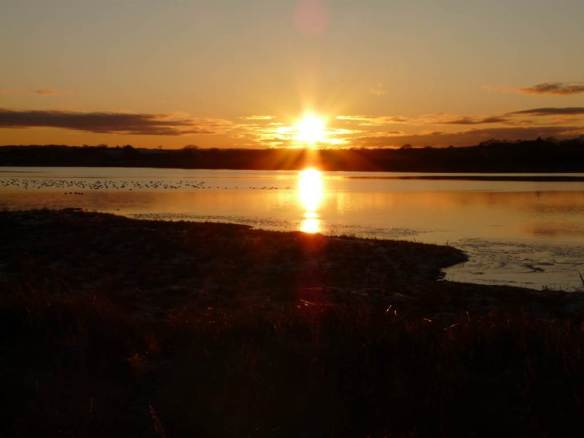 And wildlife encounters can be the most thrilling of all. I remember, once, watching an otter diving while I hid behind a boat-shed. It surfaced right and my feet and I don’t know who got the bigger shock, me or it…but, for a split second, I was within inches of  a wild otter. Or seeing humpback whales off Newburgh -surely that’s something that only happens on Attenborough programmes? But here they were, two of them, on our doorstep and loads of people were watching from any high vantage point. And every time one dove and the tail flukes showed, everyone cheered. Complete strangers were calling to one another ‘ did you see that? There’s two! Look, over there. No, just left of that boat…there!’ And everyone was catching everyone else’s eye and grinning from ear to ear. Or showing someone who you’ve never met orcas through the telescope and getting lots of excited squeals, followed by a hug ‘I NEVER thought I’d see those!’ The natural world can unite strangers like few other things (music, perhaps, being one of the others). We can only hope this shared need and love for the natural world can help keep us sane long enough to save our planet and, ultimately, ourselves. 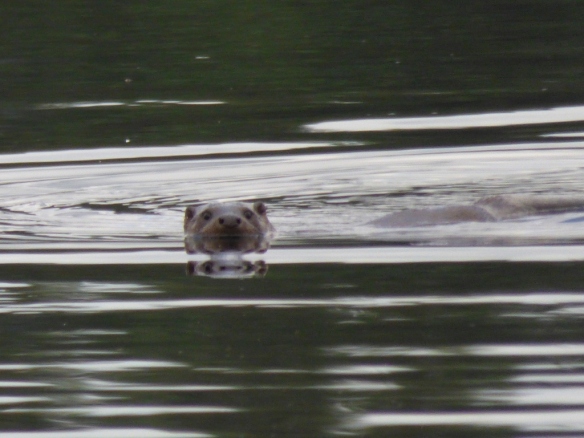 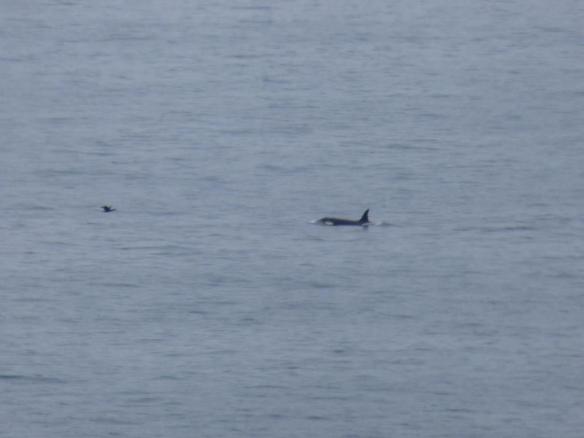